Yesterday was by far one of the hardest days on the trail (top 2 to be specific). Now before I go in to some details, I am not looking for encouragement and in no way plan on stopping. I just want the reader to understand that while chasing your dreams and fighting for what you love, takes hard work, is rarely easy, and sometimes makes you want to lose your mind ...
It was my first early morning in over a month, I was planning a 20 mile day. The first part was going to be hard (5,800' up 4,200' down over 13 miles) I knew there was not a lot of time to mess around and by 7:30, down the trail I went.
Early into the day I was crushing it. I mean it felt good being on the well groomed trails of Maine. I don't normally use trekking poles but the terrain was so nice I had too. That was my first mistake and I did not even know.
Around 11 o'clock I got some horrible news, one of my hiking partners (since 1/2 way point) was going home. I had not seen him in a few days, come to find out he had been hiding an injury and was unable to move his knee. This was devastating on multiple levels. First here was my friend, someone I looked up too and through hardship developed an incredible bond with. This also ment (sic) my other partner, who is younger and faster than me would probably move ahead without me. On top of the fact that the whole situation made me questioning my own bodies capabilities.
After that phone call the day particularly when to shit. I don't know if you know, but the mud and bogs on top of mountains is a plain and one miss step can have you knee deep in the grossest mud you have ever seen. Well that happened only twice on this trip...and it was yesterday. Side note trekking ploes (sic) are horrible in the mud.
Another thing that's hard to do out here is stay hydrated. That leads me to the next crap part of the day, I was using the forest, thinking about how my pee was dark and very smelly, when a black fly bit my forehead. I dropped my fany (sic) pack to slap head, but then I had a bigger problem. The fany (sic) pack landed in the stream and I got covered in my own disgusting urine. This is about the point I mentally started losing my composure.
It was only 11 o'clock and I was fading. I began the climb up Old Blue mountain. 3,800' of fun. So I climbed and climbed and climbed. My neck and back where sore from a poor night's sleep. And it seemed like the climb would never end. I made it to the top by 1. That's 5 hours to go 7.4 miles. Before I got to the top, with every step I was cruising the mountain. I don't mean figuratively but very loudly and not very kind words. But I did make it to the top.
3 bad things happened at the top of that mountain and the servaratiy (sic) would not be realized until later. First I called a friend who was picking me up in a few days and scheduled a meeting place, this cemented me to finishing 13 more miles that day. Second my younger travel partner showed up and confirmed that he was moving on ahead of me. Third I did not eat lunch, super bad move.
At 2 I hit the trail again after the final goodbyes. What I did not know is my body was completely toast. After a long break it can be hard to get moving again. So much so, some people don't take breaks during the day. I thought that I just needed to get moving and all would be better. Plus the second half of the day was going to be easy, well it was not.
The up's just kept coming, the map looked flat but the mountain was not. I climbed and climbed and climbed. My phone battery was low so no music. By this point I was really inside my own head. A miss marked trail made me think I was 2 miles a head of where I was. Walking more than 20 minutes without stopping to take of my pack and rest was out of the question.
At one point I slipped on a wet rock, in a fit on rage i broke my trekking poles. While in the monument this felt great, it was the point where I lost all control and salvaging the day was not going to happen.
By the end of the day I called my wife and told her I was never going to meet my friend, there was no way I could do the miles. She said she would help, but needed more info. Well my phone with 3 bars of 3G won't send a text message. I am at my witts (sic) end. Its was almost 5 by then and I had gone 5 miles past Old Blue and still had 1 mile to go so that I could have water and stay in a shelter.
I did finally make it to the shelter and got text too my wife and she coordinated a closer pick up spot for my friend.
As bad as the day was and as bad as I wanted to give up, I knew everyday brings new experiences. The challenge is rarely the obstacle, its finding a way to extract as much value as possible. I confronted demons yesterday, I was more exhausted than I had ever been, but that reminded me how bad I want to finish and what I am willing to go through to achieve my dreams...

(Bravo! Despite the obstacles, never give up on your dream and keep pressing forward - Blissful) 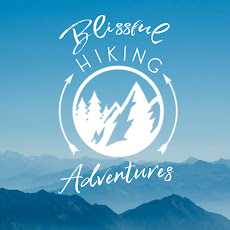 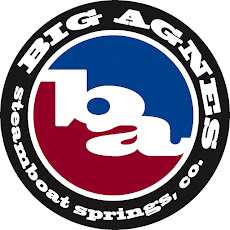 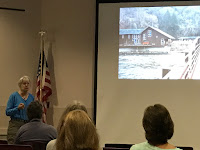